Climate change realities in the Pacific

Sandra Duong is a master student at Stockholm University and has been granted a Minor Field Study scholarship from the department of Human Geography. She is writing her master thesis on climate change impacts in the low-lying atoll country Kiribati and the use of migration as an adaptation strategy.

I have spent the recent two months in Kiribati and I feel great apprehension about leaving this country and especially the amazing people that I have met. During this short period of time I have witnessed some stresses that climate-related impacts put on this least developing country.
During my second week in Kiribati I got infected with chikungya, a vector borne disease that caused an outbreak of an ongoing epidemic that started in 2014. Rising temperatures and increased precipitation can aggravate the spread of vector borne diseases and cause epidemics.
The main source of freshwater in atoll countries is well water. Sea level rise and inundation cause salinization and pollution of the well water. Eventually the water can become unsuitable to use for drinking, sanitation, and growing crops. While where I stayed you don’t drink the well water, you could still tell that the quality was not good because my eyes got irritated and dry and I developed skin irritations as well. It became too unbearable so I had to start have my showers with rainwater instead.

On February, 19 a king tide hit the capital South Tarawa. It measured up to 2,3 m and caused flooding 200 m in-shore which resulted in damages to houses and power cuts. The densely populated islet Betio was most affected and the hospital was completely flooded. Many of the staff left and relatives came to evacuate the patients. However, not everyone had the possibility to leave and many were still in great need of care. I spoke to a young mother whose four months year old baby had been admitted for pneumonia and the baby’s condition was critical. The young mother did not know what to do. 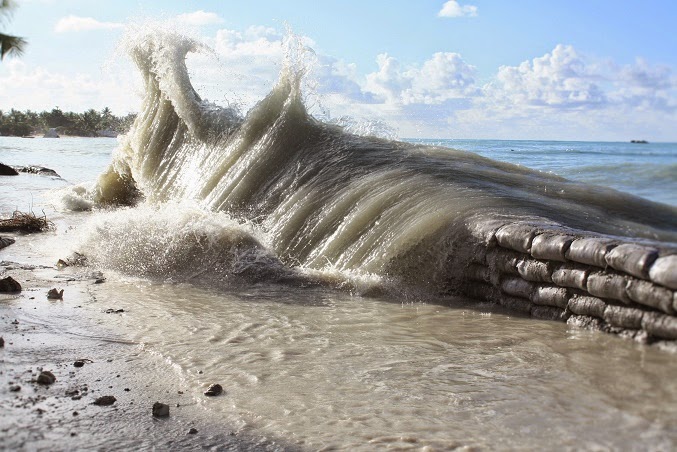 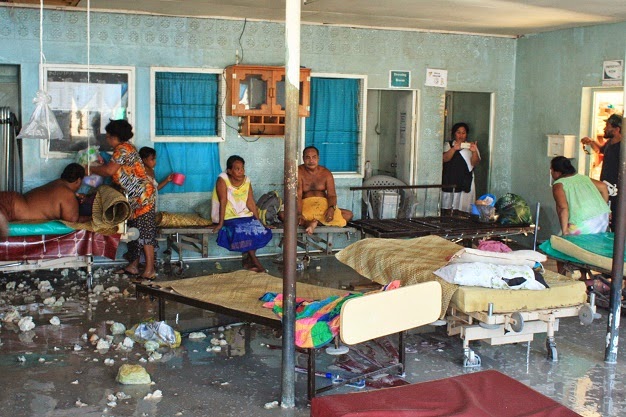 And then, last month, Cyclone Pam occurred. For three days straight the sky was dark and we experienced constant rain and storm. Luckily, no fatalities were recorded. The biggest destruction happened to the causeway that connects Betio to the rest of South Tarawa. Large parts of the sea wall were destroyed and parts of the causeway broke apart. Due to safety no vehicles were allowed to pass the causeway for days. Betio is the port where all shipping comes in and petrol quickly ran out in rest of South Tarawa. Traffic stopped and many missed out on work and school during those days. 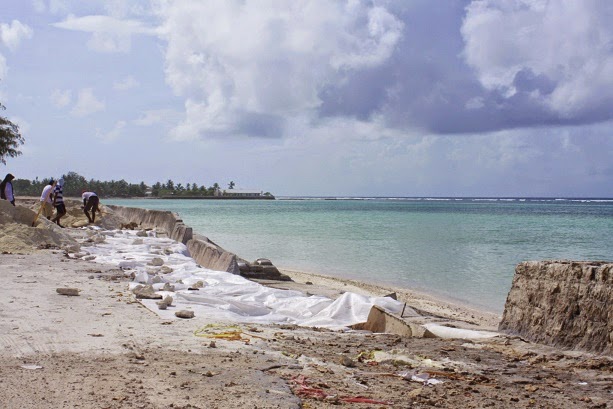 The aftermaths of the indirect effects from Cyclone Pam

The cyclone did not run directly across Kiribati which was fortunate. While my thoughts go out to Vanuatu, there is a frightening realization of that Kiribati is not resilient enough to survive a cyclone.
The low development in Kiribati makes it extremely vulnerable to environmental disasters. Kiribati is highly dependent on its land, imports, remittances and foreign aid. Traditionally people live a subsistence lifestyle and they rely on their land for their staple foods coconuts, breadfruit, and bwaibwai (a kind of taro) and the ocean for fish. In recent years cash income has become more important for survival due to increasing urban migration, loss of land and dying crops. Floods and damages to infrastructure have become part of daily life, even for me during this short stay, and the people of Kiribati rise up, rebuild their houses, replace their losses and take every day as it comes.